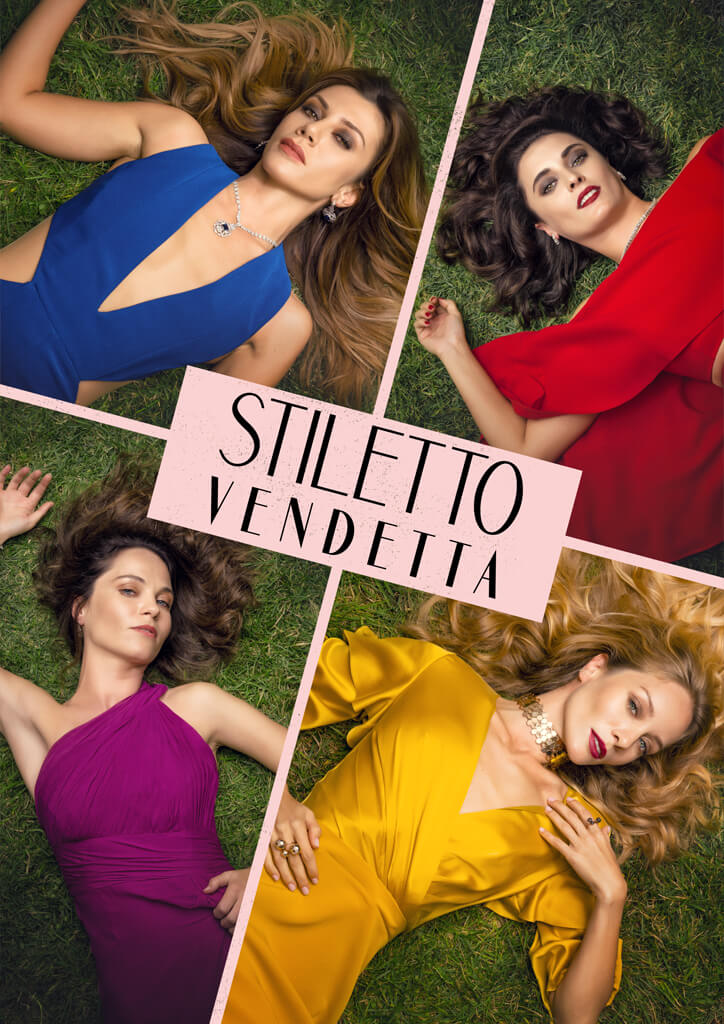 A glamorous suburban tale of revenge that entails high stakes and

Set in an affluent suburb in modern Istanbul, called “Sarmaşık”, Stiletto Vendetta tells the story of a never-ending war between “the good” and “the thugs”. Almost 20 years ago, Oya (Gökçe Bahadır) was pranked and falsely accused by her three closest high-school friends, Merve (Aslıhan Gürbüz), Pelin (Bade İşçil) and Arzu (Tülin Özen). Unable to prove her innocence, Oya survives her suicide and leaves Sarmaşık. 20 years later, Oya returns, and the four women’s paths cross again. For them, life will never be the same.

In Stiletto Vendetta, you will watch the lives of four powerful women Oya, Merve, Pelin, and Arzu, who appear to be close friends, but really harbor passion, grudge, and envy to each other. Will Oya forgive her old friends or seek revenge? Will Merve continue to run the Sarmaşık community, despite her secrets? Who is murdered at the end? Welcome to a game of power like you have never seen before.

* The series has been sold to over 45 countries.